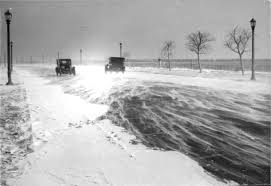 Monday, 11 May 1914, was a red-letter day in the history of Bay Roberts. That evening, electric lights were turned on for the first time. Charles Edward Russell (1877-1937), the proprietor of the local newspaper, The Guardian, remarked that it was “another step in the forward march of Bay Roberts.”

Officials with the United Towns Electrical Company Limited threw the switch to the electric current, giving light to sections of yet another Conception Bay community.

Formed in 1902, the Company had installed an 80-horsepower hydro unit on the Victoria River, near Carbonear. As the company expanded its sphere of influence, it extended service into other areas on the southern side of the Avalon Peninsula, Bell Island and Marystown.

The inauguration of the service at Bay Roberts was witnessed by a group of townspeople, along with Mr. Murphy and Mr. Duff, directors of the United Towns Electrical Company.

The first three venues to be enlightened were the Reid Newfoundland Company’s railway station, two streetlights located at Crossroads, and the staff house of the Western Union Telegraph Company. In 1913 and 1915 respectively, the latter business diverted its 1881 and 1882 Penzance cables to Bay Roberts, in the process greatly improving the speed of telegraph transmission.

During the week of 11-15 May, other places – the shops belonging to D. G. Fraser and William Parsons – were lit by electricity.

The editor of The Guardian, Charles Russell, enthused: “The street lights were very bright, and the lights in the staff house, shining brilliantly from so many windows, looked very well, indeed.”

The newspaperman had been the first person to publicly express delight and pleasure with the service.

“In spite of the conservatism and the carping attitude of some people,” he added, “Bay Roberts is making progress.”

Indeed, since the first issue of The Guardian had rolled off the press on Friday, 9 July 1909, the newspaper had gone on record as advocating local improvements. Nor would it cease its crusade.

“We believe,” editor Russell declared, “the time is ripe for an advance all along the line.” Unable to avoid inserting a pun, he added, “Now that our people are getting more ‘light’ on the matter, they should measure up to their light and walk accordingly.”

Residents had been assured by the United Towns Electrical Company that the rates for lights would be identical to those being charged in the Conception Bay communities of Harbour Grace and Carbonear. This being the case, Russell suggested, the following weeks would undoubtedly see a marked increase in the number of houses and shops being wired for electricity.

The editor added a concluding matter to engage the attention of his readers: “the securing of an annual grant from the Government out of the general revenue for street lightings purposes.” The capital city, St. John’s, was receiving such a subsidy. “Why not Bay Roberts?” he asked rhetorically.

One thought on “The day Bay Roberts saw the light”