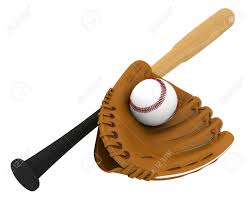 In a former life, a singular delight of parish work in one of the province’s larger rural areas was the local ministerial association. Clergy of several denominations shared great camaraderie and regularly came together for both spiritual and social events. It was refreshing to me personally to see the ecumenical spirit at work in a local setting, having grown up in a Protestant denomination that frowned on inter-church relations.

One weekend event will live in infamy, at least in my memory. We men and women of the cloth decided to go away as a group on Saturday.

At a retreat centre, we did what ministers do when they get together: we prayed, listened to a devotional or two, played games, perhaps gossiped a little and, of course, ate. As one wag put it, “The three f’s of the gospel…fun, food and fellowship!”

In the afternoon, we decided to play a game of baseball. Growing up, I didn’t play much baseball. On this day, though, I put myself wholeheartedly into the game, determined to show I could play as well as the next clergy. It was my moment to shine on the field.

The time came for me to be batter up. I didn’t know all the rules of the game, but I knew that a home-run was something to be greatly desired. I would be the darling of my team if I could dispatch the ball to kingdom come.

To be perfectly honest, my first swing was less than perfect. Indeed, it was downright embarrassing. All I did was “nick” the ball.

Uhm, I thought to myself. Gotta do better than that next time round.

My second swing was made in heaven…or not. The ball could not have connected better with the bat. With a resounding crack, it flew directly down the field. I was in my glee. This one was bound for the record books.

I was about to make my dash to first base, when I heard a muffled groan.

I looked around. The ball was not about to provide me with a coveted home-run after all, for it had come to rest on the ground at the foot of the pitcher…one of the two Roman Catholic Sisters who had joined us for the day’s activities.

As I watched in horror, she crumpled to the ground and lay rigid and motionless. It was obvious the ball had already made its mark…on her head. I didn’t need a Ph.D. in Sports to realize that the baseball, on which I had pinned my hopes of a home-run, was going nowhere fast.

All the clergy ran to the prostrate Sister, to offer their help. When I reached her, I muttered to my wife, “Oh my God, I killed a nun!”

“Sister! Sister,” I heard people shouting. “Are you alright?”

“Pray for her,” said the Salvation Arm officer.

“Get some water and throw it in her face,” said the Anglican priest.

A pall of doom pervaded the field.

A few minutes later, the inert Sister barely opened her eyes and looked up groggily. She unsteadily got to her feet, with the assistance of the other ballplayers.

“What happened?” she asked with a dazed look in her eyes.

The Roman Catholic priest said, “You were hit in the head by a baseball.” To his credit and to my relief, he didn’t identify who was batter up when the accident occurred.

At the same time, I could only imagine the newspaper headline the following week had the victim failed to get up off the ground, “Pentecostal pastor kills Roman Catholic Sister with baseball.”

I was later told by one of the clergy present that there are other, less dangerous ways, to show any animosity I may have had toward Roman Catholics. I’m sure he was joking.

One thought on “Batter up”